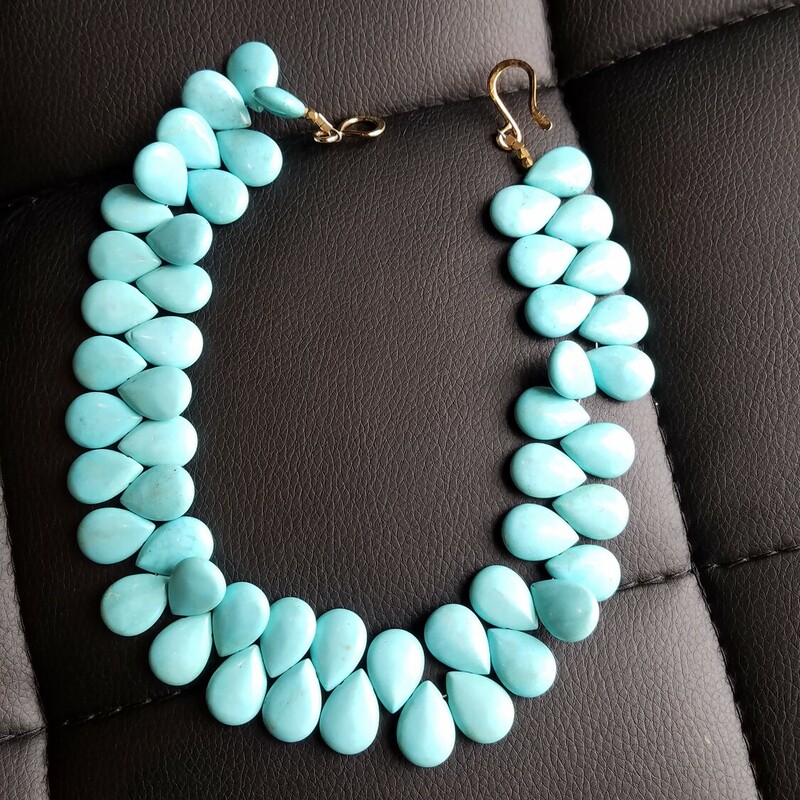 STUNNING AND SIGNED CAROLEE..IT HAS ALL THE RHINESTONES INTACT PRISTINE - LOOK AT THE SPARKLE THE FAUX PEARLS ARE EXCELLENT IT IS 7in LONG RARE FIND Learn More

Sterling silver dangle earrings and pendant set with crystals and original photomontages by the artists Dawn Estrin and George Wilson. These gorgeous earrings are adorned with Turtles, in a color print on archival paper and protected by beveled scratch resistant polycarbonate set in a decorative sterling silver open back setting which on the reverse is an image of Artists based on a still from the 1956 film Baby Doll. Designed and handcrafted in the USA , apparent is the artists love for animals, nature and magic reflecting the Art Deco and Art Nouveau Eras! Earrings are in excellent vintage condition and have a signed Estrin 925 Wilson plaque on the reverse. Brilliantly unique and absolutely collectible! Learn More

Vintage Whiting & Davis Co. Came Clip On Earrings Great Vintage Condition Beautiful Clear Etched Glass Cameo in a Filigree Silver tone boarder Hallmarked Whiting & Davis Clip-On Earrings 1 3/8in By 1926 Whiting & Davis was considered the worlds largest manufacturing house of its kind. Location 1907: Whiting & Davis Corporation Plainville, Massachusetts Whiting and Davis was established in 1896 when Charles Whiting and Edward P. Davis bought out the Wade Davis Company. They began production of their famous metal mesh bags and changed the name of the company. In 1907, Whiting bought out Davis's interest in the company and incorporated, keeping the company name. The Whiting & Davis application for trademark indicates they make inMetal Mesh Bags, comprised wholly or in part of metal that is not precious, in All sizes and forms, both soldered and woven mesh.in They give July 29, 1921 as the first use of their logo. The trademark was renewed 3 times, last in 1983. The cancellation of the trademark is dated June 21, 2003. Known for their fine high end quality RARE FIND in GOLDTONE Learn More