Romance/suspens
The Heart Of A Killer
$3.50
View Details Romance/suspens
Behind The Shadows
$3.50
View Details 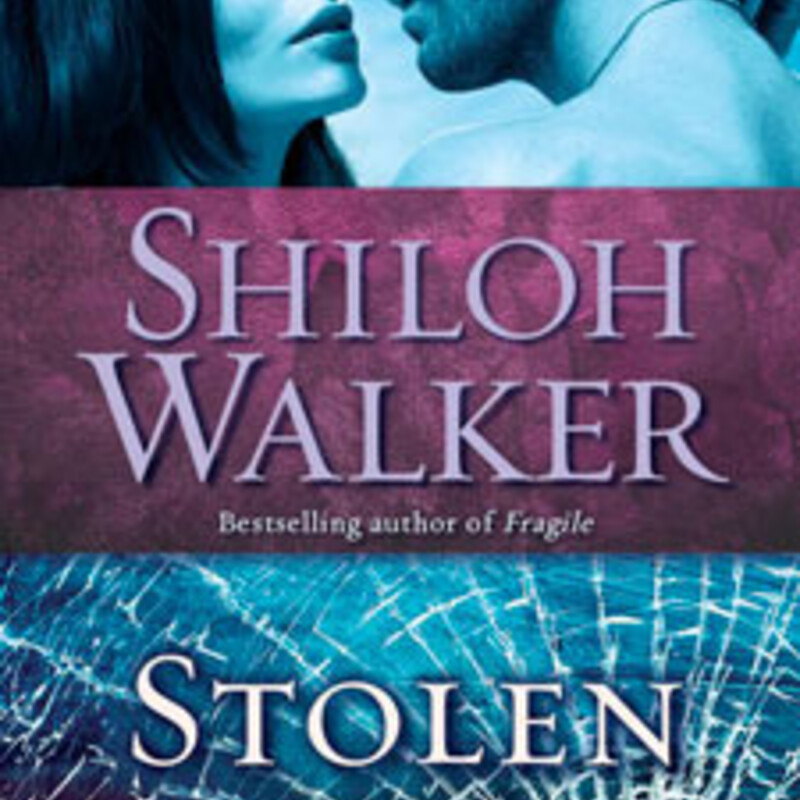 Paperback Dead Giveaway (Stillwater Trilogy #2) by Brenda Novak (Goodreads Author) The Reverend Lee Barker went missing nineteen years ago... And the people of Stillwater, Mississippi, believe they know why. They're convinced he was murdered--by his stepson, Clay Montgomery. But only Clay--and his mother and sisters--can say for sure. They were the only ones there that fateful night, the only ones who know what really happened. And they're not talking. Allie McCormick is a cold-case detective from Chicago. After a particularly difficult divorce, she's returned to Stillwater with her six-year-old daughter to find the peace she once knew in her hometown, and to work for the local police force while she's starting over. But when Clay's powerful enemies join forces to put him behind bars, Allie feels duty bound to uncover the truth. Her instincts tell her he didn't murder the Reverend Lee Barker. Maybe Clay's a dark and brooding man with more than his share of secrets, but he was just sixteen at the time. And he's not a cold-blooded killer. At least, that's what Allie believes--until she finds proof that behind the preacher's pious demeanor lurked the heart of a monster. Then she has to ask herself whether justice has already been done.... Learn More

Hardcover - Great To Die For (Blair Mallory #1) by Linda Howard Blair Mallory lives the good life. She’s pretty, confident, and the owner of a thriving up-scale fitness center. But in the shadow of success, a troubled member of the club develops a strange fixation on Blair, imitating her style and dress. Matters take a darker turn when the look-alike is shot dead–and Blair witnesses the horror. As the media speculates on the tawdry details of the homicide and pushes Blair into the harsh spotlight, she locks horns with police lieutenant Wyatt Bloodsworth. He wants to lead an investigation without interference, while Blair is determined to probe the dead woman’s life on her own. But when someone begins to menace Blair with mounting threats, Wyatt takes notice: Was this murder indeed a lethal case of mistaken identity–and was Blair the intended victim? Learn More

Paperback - Fair The Wrong Hostage (St. Kilda Consulting #2) by Elizabeth Lowell (Goodreads Author) When federal judge Grace Silva's teenage son Lane Franklin is taken hostage, Grace knows the only man who can help her is Joe Faroe, the very same man Grace spent a passionate weekend with 16 years ago before she helped send him to jail. Lane is being held prisoner in All Saints School, a private Catholic high school in Mexico, by drug lord Hector Rivas Osuna, the \"Butcher of Tijuana,\" who is demanding the return of money \"stolen\" from him by his former business associate and Grace's ex-husband, Ted Franklin. The problem is that Grace has not heard from Ted in more than three weeks, and time is running out for Lane. With no other options available, Grace contacts Joe, a former kidnap specialist, hoping he can be persuaded to forget their past differences and rescue Lane before it is too late. Learn More

Mass Market Paperback - Great Silent Scream (South Shores #5) by Karen Harper A violent past leads to a present danger… When an old college roommate invites Claire Britten to join her on an archaeological dig at a Florida peat bog, it’s an offer the renowned forensic psychologist can’t refuse. Claire’s husband, criminal lawyer Nick Markwood, is comforted to see Claire working on a prehistoric burial site instead of an open grave for once. But Claire’s investigative instincts kick in when some of The Black Bog’s perfectly preserved corpses show signs of a grisly fate. What really happened to these people? What started as an exploration of the past soon escalates into an all-too-current danger. Someone is watching—someone who really doesn’t want Claire digging into the past or Nick making connections to a current, violent murder case he’s investigating. The bog’s corpses may be long dead, but if Claire and Nick don’t figure out who’s gunning for a fresh kill, the next bodies to be discovered will be their own. Learn More

Mass Market Paperback - Good Dead Right (Stillwater Trilogy #3) by Brenda Novak (Goodreads Author) Twenty years ago Madeline Barker's father disappeared. Despite what everyone else thinks, Madeline's convinced her stepfamily had nothing to do with it. But the recent discovery of his car finally proves he didn't just drive away. Worse, the police find something in the trunk that says there's more to this case than murder. With no other recourse, Madeline decides to hire a private investigator--even if the cops don't like it. Even if her family doesn't like it. But when P.I. Hunter Solozano begins to uncover some shocking evidence, someone in Stillwater is determined to put a stop to Madeline's search for the truth. And that means putting a stop to her. Permanently. Learn More

Mass Market Paperback - Good Force of Nature (Troubleshooters #11) by Suzanne Brockmann (Goodreads Author) Hard-driving suspense and intense passion are the hallmarks of bestselling author Suzanne Brockmann’s pulse-pounding thrillers. In her tales of daring, danger, courage, and desire, men and women of action fight fiercely, love deeply, and time after time raise the bar for adventure. Force of Nature is no exception. Florida private investigator and ex-cop Ric Alvarado’s life is spiraling out of control. His beautiful new girl Friday, Annie Dugan, is far more interested in fieldwork than filing, and despite Ric’s best efforts to ignore the attraction, sparks are flying between them. Then one of Ric’s clients turns femme fatale and tries to gun down an innocent man. Thanks to quick thinking and even quicker reflexes, Ric comes to the rescue, only to learn he’s done a very good deed for some very bad people. Suddenly Ric finds himself deep undercover with Annie, working for notorious crime boss Gordon Burns. One mistake from Ric’s painfully inexperienced partner and they’ re both dead. FBI agent Jules Cassidy’s life isn’t in much better shape. For years the FBI has been trying to prove Gordon Burns’s ties to terrorist activity. Now, thanks to Ric and Annie, Jules has found a way into the lion’s den. But in the course of his investigation he comes face-to-face with Robin Chadwick, the charismatic but self-destructive and closeted movie star for whom Jules feels a powerful attraction. Robin’s in town promoting his latest film–and Gordon Burns is a star-struck movie buff. With Robin and Jules’s help, Ric and Annie are soon entrenched in Burns’ s organization, surrounded by killers who may already have executed an FBI infiltrator. Before long the couple realizes that many more lives besides their own will be at stake if they make a false move. As the heat between them reaches dangerous levels, so do the risks they’re willing to take–in the line of duty, for the sake of loyalty, and in the name of something that runs even deeper. Learn More

Paperback - Great Wrecked (LOST #6) by Cynthia Eden (Goodreads Author) In New York Times Bestselling Author Cynthia Eden’s gripping new LOST novel, who’s the cat and who’s the mouse…? SHE LEFT HIM ONCE. LOST Agent Ana Young was only fourteen when she was abducted by a madman, but unlike many kidnapping victims, she did go home. Now, her mission is to find the missing. But her new case has her on the hunt for the escaped convict who’s obsessed with her. And Ana has an unlikely partner—the sexy, supposedly-by-the-book FBI agent she had one amazing night with and had to forget. NOW HE HAS TO PROTECT HER 24/7… FBI Special Agent Cash Knox knows that Ana, the petite, tough-ass former bounty hunter, can get the job done again. But this time, someone else leads them to “Bernie-the-Butcher,” someone who’s been watching Ana. Waiting for her. FROM A CRAZED KILLER. Now, catching a deranged murderer means Ana must trust her guarded heart to the gorgeous, complicated G-man she wasn’t supposed to fall for. Learn More

Mass Market Paperback - Great The Heart of a Killer (The Killer #1) by Jaci Burton (Goodreads Author) No one said coming home would be easy. But for Dante Renaldi, it's murder. Before the Special Forces hero has even unpacked his bags from twelve years of active duty, he's embroiled in murder—corpses bearing the brutal trademark he's seen only once before—on the worst night of his life. The last time Detective Anna Pallino saw Dante Renaldi, they were in love. Now, he's part of the connection to a string of fresh homicides and a horrible assault that Anna only survived thanks to him. More than anything, Anna wants to trust Dante. But as the bodies and the coincidences stack up, Anna will have to decide, and fast: Is the man she owes her life to the very same one who wants her dead? Learn More

Mass market Paperback - Great One Last Breath (The Borderline #1) by Laura Griffin (Goodreads Author) He's an ex-cop. She's an ex-wife. And they're both out for revenge on the same man.... When pampered former cheerleader Feenie Malone takes a job writing fluff pieces for her South Texas paper, she has no idea she's about to stumble into a juicy news story that could launch her career -- if it doesn't get her killed first. Almost as soon as she breaks out her press pass, she crosses paths with Marco Juarez, the macho PI obsessed with solving his sister's murder. The information he has might be the perfect lead -- but his dangerously sexy looks could be a deadly distraction. Juarez has zero patience for reporters, especially mouthy blond ones. But with the evidence pointing to Feenie's ex-husband, Marco thinks she could be useful. Confident he can keep her on a tight leash, he lets her in on his investigation. He quickly discovers he's underestimated his new partner, as well as the danger they both face. Now he must protect her -- to the very last breath.... Learn More

Behind The Shadows
Series/Author: Patricia
$3.50

Mass Market Paperback - Great Behind the Shadows by Patricia Potter (Goodreads Author) Some secrets are meant to stay that way. In a race against time to save her mother’s life, Kira Douglas is stunned to discover that the woman who raised her is not her biological mother. Kira was switched at birth by someone with a mysterious motive. Untangling the clues, Kira finds herself face to face with a handsome, ruthless man who is either Kira’s darkest nightmare—or her greatest destiny. Learn More

Mass Market Paperback - Great Stolen by Shiloh Walker (Goodreads Author) This thrilling and super sexy novel from bestselling romantic suspense author Shiloh Walker will appeal to fans of Allison Brennan and Linda Howard. Shay Morgan has stayed hidden for a long time. Living a reclusive life in Earth’s End, Alaska, she’s as far away as she can get from the trauma of her childhood and the man who hurt her long ago. But terror takes over Shay’s life yet again when an unknown stalker steals away the fragile peace she’s built for herself—targeting not only her but the one man who’s ever managed to get past the walls she’s built around herself. Elliot Winter has lived through being falsely accused before—it ruined his military career. Now it’s happening all over again. And this time, his accuser is a twisted impostor who’s targeting his ex-girlfriend, Shay. Despite a fierce mutual attraction, Shay and Elliot broke up because Shay couldn’t let her guard down, couldn’t let Elliot in. But now they both need to trust each other to confront a psycho who seems to know all their secrets. Learn More

Mass Market Paperback - Great Bloodstone by Gwen Hunter Tyler St. Claire has long tried to disregard her family's gift of second sight, but when her brother is abducted, Tyler can no longer deny her legacy. With the help of cop Evan Bartlock, Tyler uncovers information on a shadowy organization, along with a dark web of conspiracy and murder. Learn More