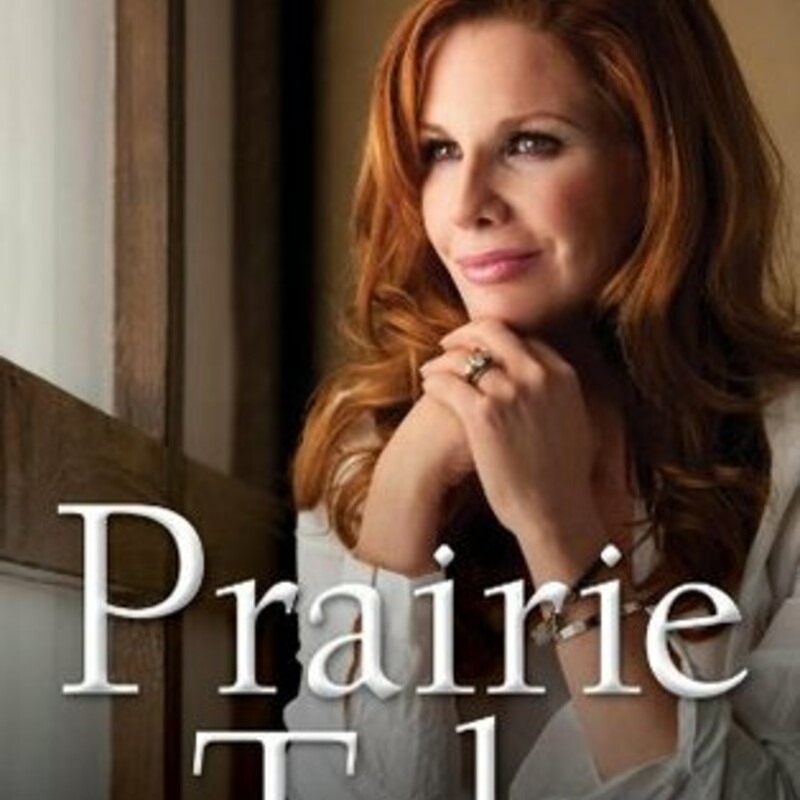 Hardcover - Great Burn Down the Ground: A Memoir by Kambri Crews (Goodreads Author) In this powerful, affecting, and unflinching memoir, a daughter looks back on her unconventional childhood with deaf parents in rural Texas while trying to reconcile her present life—in which her father is serving a twenty-year sentence in a maximum-security prison. As a child, Kambri Crews wished that she’d been born deaf so she, too, could fully belong to the tight-knit Deaf community that embraced her parents. Her beautiful mother was a saint who would swiftly correct anyone’s notion that deaf equaled dumb. Her handsome father, on the other hand, was more likely to be found hanging out with the sinners. Strong, gregarious, and hardworking, he managed to turn a wild plot of land into a family homestead complete with running water and electricity. To Kambri, he was Daniel Boone, Frank Lloyd Wright, Ben Franklin, and Elvis all rolled into one. But if Kambri’s dad was Superman, then the hearing world was his kryptonite. The isolation that accompanied his deafness unlocked a fierce temper—a rage that a teenage Kambri witnessed when he attacked her mother, and that culminated fourteen years later in his conviction for another violent crime. With a smart mix of brutal honesty and blunt humor, Kambri Crews explores her complicated bond with her father—which begins with adoration, moves to fear, and finally arrives at understanding—as she tries to forge a new connection between them while he lives behind bars. Burn Down the Ground is a brilliant portrait of living in two worlds—one hearing, the other deaf; one under the laid-back Texas sun, the other within the energetic pulse of New York City; one mired in violence, the other rife with possibility—and heralds the arrival of a captivating new voice. Learn More

A Twist Of Lennon
Series/Author: Cynthia
$1.25

Mass Market Paperback - Fair A Twist Of Lennon by Cynthia Lennon Cynthia married John while he was still in art college, and shared the frenzy and stardom the Beatles created. It's all here, form the early days in German clubs, through the Ed Sullivan Show. A Hard Day;s Night, Sergeant Pepper's, The Maharishi - Cynthia Lennon lived the Beatle experience Learn More

Memories Are Made Of This
Series/Author: Deana
$6.95

Hardcover - Great Memories Are Made of This: Dean Martin Through His Daughter's Eyes by Deana Martin, Taylor Holden I loved being called Deana Martin. Even when I was very small. Dad was such a positive influence on people’s lives that to be so closely associated with him was always a blessing. People can’t help but smile when they think of my father, which has to be the greatest legacy of all. When people hear my name for the first time, they usually ask the same question: “Any relation?” “Yes,” I reply proudly, “he’s my father.” They smile and cry, “Oh, I love your father! I’ve loved him all my life.” Sometimes, just sometimes, they ask me the most important question of all: “Was he a good father?” To their surprise, I shake my head and smile. “No,” I reply. “He wasn’t a good father, but he was a good man.” Where Dad came from, that meant a great deal more. So begins Deana Martin’s captivating and heartfelt memoir of her father, the son of an Italian immigrant from modest beginnings who worked his way to the top of the Hollywood firmament to become one of the greatest stars of all time. Charming, debonair, and impeccably attired in a black tuxedo, Dean Martin was coolness incarnate. His music provided the soundtrack of romance, and his image captivated movie and television audiences for more than fifty years. His daughter Deana was among his most devoted fans, but she also knew a side of him that few others ever glimpsed. In page-turning prose, Deana recalls her early childhood, when she and her siblings were left in the erratic care of Dean’s loving but alcoholic first wife. She chronicles the constantly changing blended family that marked her youth, along with the unexpected moments of silliness and tenderness that this unusual Hollywood family shared. Deana candidly reveals the impact of Dean’s fame and characteristic aloofness on her efforts to forge her own identity, but delights in sharing wonderful, never-before-told stories about her father and his pallies known as the Rat Pack. It may not have been a normal childhood, but Deana’s enchanting account of life as the daughter of one of Hollywood’s sexiest icons will leave you entertained, delighted, and nostalgic for a time gone by. Learn More

Hardcover - Great Dean and Me: A Love Story by Jerry Lewis, James Kaplan They were the unlikeliest of pairs — a handsome crooner and a skinny monkey, an Italian from Steubenville, Ohio, and a Jew from Newark, N.J.. Before they teamed up, Dean Martin seemed destined for a mediocre career as a nightclub singer, and Jerry Lewis was dressing up as Carmen Miranda and miming records on stage. But the moment they got together, something clicked—something miraculous—and audiences saw it at once. Before long, they were as big as Elvis or the Beatles would be after them, creating hysteria wherever they went and grabbing an unprecedented hold over every entertainment outlet of the era: radio, television, movies, stage shows, and nightclubs. Martin and Lewis were a national craze, an American institution. The millions (and the women) flowed in, seemingly without end—and then, on July 24, 1956, ten years from the day when the two men joined forces, it all ended. After that traumatic day, the two wouldn’t speak again for twenty years. And while both went on to forge triumphant individual careers—Martin as a movie and television star, recording artist, and nightclub luminary (and charter member of the Rat Pack); Lewis as the groundbreaking writer, producer, director, and star of a series of hugely successful movie comedies—their parting left a hole in the national psyche, as well as in each man’s heart. In a memoir by turns moving, tragic, and hilarious, Jerry Lewis recounts with crystal clarity every step of a fifty-year friendship, from the springtime, 1945 afternoon when the two vibrant young performers destined to conquer the world together met on Broadway and Fifty-fourth Street, to their tragic final encounter in the 1990s, when Lewis and his wife ran into Dean Martin, a broken and haunted old man. In Dean and Me, Jerry Lewis makes a convincing case for Dean Martin as one of the great — and most underrated — comic talents of our era. But what comes across most powerfully in this definitive memoir is the depth of love Lewis felt, and still feels, for his partner, and which his partner felt for him: truly a love to last for all time. Learn More

Against All Odds
Series/Author: Chuck
$6.95

Hardcover Walt Frazier by Neil Offen Reliving the unforgettable New York Knicks championship season of 1969, Frazier moves forward and back in time to discuss the game (then and now), his teammates, and his rivals. A celebration of a great era in American sports. 16 pages of photos. Learn More

Hardcover - Great Joe DiMaggio: The Hero's Life by Richard Ben Cramer Joe DiMaggio was, at every turn, one man we could look at who made us feel good. In the hard-knuckled thirties, he was the immigrant boy who made it big—and spurred the New York Yankees to a new era of dynasty. He was the Yankee Clipper, the icon of elegance, the man who wooed and won Marilyn Monroe—the most beautiful girl America could dream up. Joe DiMaggio was a mirror of our best self. And he was also the loneliest hero we ever had. In this groundbreaking biography, Pulitzer Prize-winning journalist Richard Ben Cramer presents a shocking portrait of a complicated, enigmatic life. The story that DiMaggio never wanted told, tells of his grace—and greed; his dignity, pride—and hidden shame. It is a story that sweeps through the twentieth century, bringing to light not just America's national game, but the birth (and the price) of modern national celebrity. Learn More

Hardcover - Great Gracie: a Love Story by George Burns Her name was Gracie Allen, but she was on a first-name basis with America. There was only one Gracie, and Gracie: A Love Letter is the story of her life, as told by the only person who could, George Burns. Brings to life the charming woman who was smart enough to become the dumbest woman in show business history. 16 pages of photos. Learn More

Hardcover - Great Tom: The Unknown Tennessee Williams by Lyle Leverich The riveting, revelatory, and sole authorized account of the critical first decades of Tennessee Williams's life. Tennessee Williams, author of such indelible masterpieces as The Glass Menagerie and A Streetcar Named Desire, is considered by many to be the greatest literary artist of the American theater. Tom is Lyle Leverich's definitive account based on his exclusive access to letters, diaries, unpublished manuscripts, and family documents of Williams's early life and of the events that shaped this most autobiographical of dramatists. It tells the story of the marital traumas of his bullying father and overly protective mother, the mental disorders that institutionalized his beloved sister Rose, his stalled academic career, and his confused sexuality and early successes as a writer; and it leaves Thomas Lanier Williams on the brink of fame with The Glass Menagerie and his transformation into the celebrated persona of Tennessee. Learn More

Hardcover - Great American Sketches: Great Leaders, Creative Thinkers, and Heroes of a Hurricane by Walter Isaacson (Goodreads Author) By bestselling biographer and journalist, a selective collection that illustrates his passage from school to journalist to illustrious biographer. Learn More

Hardcover - Like New Prairie Tale: A Memoir by Melissa Gilbert A FASCINATING, HEARTBREAKING, AND ULTIMATELY UPLIFTING TALE OF SELF-DISCOVERY FROM THE BELOVED ACTRESS WHO EARNED A PERMANENT PLACE IN THE HEARTS OF MILLIONS WHEN SHE WAS JUST A CHILD To fans of the hugely successful television series Little House on the Prairie, Melissa Gilbert grew up in a fantasy world with a larger-than-life father, friends and family she could count on, and plenty of animals to play with. Children across the country dreamed of the Ingallsâ€™ idyllic lifeâ€”and so did Melissa. With candor and humor, the cherished actress traces her complicated journey from buck-toothed Laura Halfpint Ingalls to Hollywood starlet, wife, and mother. She partied with the Brat Pack, dated heartthrobs like Rob Lowe and bad boys like Billy Idol, and began a self-destructive pattern of addiction and codependence. She eventually realized that her career on television had earned her popularity, admiration, and love from everyone but herself. Through hard work, tenacity, sobriety, and the blessings of a solid marriage, Melissa has accepted her many different identities and learned to laugh, cry, and forgive in new ways. Women everywhere may have idolized her charming life on Little House on the Prairie, but Melissaâ€™s own unexpectedly honest, imperfect, and down-to-earth story is an inspiration. Learn More

Hardcover - Great Whistled Like a Bird: The Untold Story of Dorothy Putnam, George Putnam, and Amelia Earhart by Sally Putnam Chapman, Stephanie Mansfield In this extraordinary, true story about an independent woman, a world-famous aviator, and the powerful man who loved them both, Sally Putnam Chapman, the granddaughter of Dorothy Binney Putnam and George Putnam, recounts a treasure trove of memories, spanning the years 1907 to 1961, culled from her grandmother's diaries. of photos. Learn More